After the success of the first edition of  ‘Zeehond op Zuid’ (‘Seal of the South’) last year, children were happily invited to design a new outfit for the giant Seal with it’s little Elephant friend on it’s nose.

As a social educational project in collaboration with children’s playground ‘Sportspeeltuin Hillesluis, children were welcome to join the design workshops. Especially children of district Feijenoord (south of Rotterdam) were involved with the proces from the beginning to painting the final design of the giant ‘Seal of the South’.

The happy winner of the fantastic new design is the 10-year-old Yaren who loves colorful patterns and drips. We add some extra bright geometrically elements to make it extra festive and vivid to celebrate the Seal’s first anniversary.

We want to give a big thanks to: Sportspeeltuin Hillesluis, Cultuurscout Feijenoord, Gemeente Rotterdam, Gebiedscommissie Feijenoord and Woonstad, who made it all possible to let the ‘Zeehond op Zuid’ float again!

The 4,5 meter high Seal and it’s balancing little Elephant friend can be visited in the public Varkenoordsepark until November 2016. 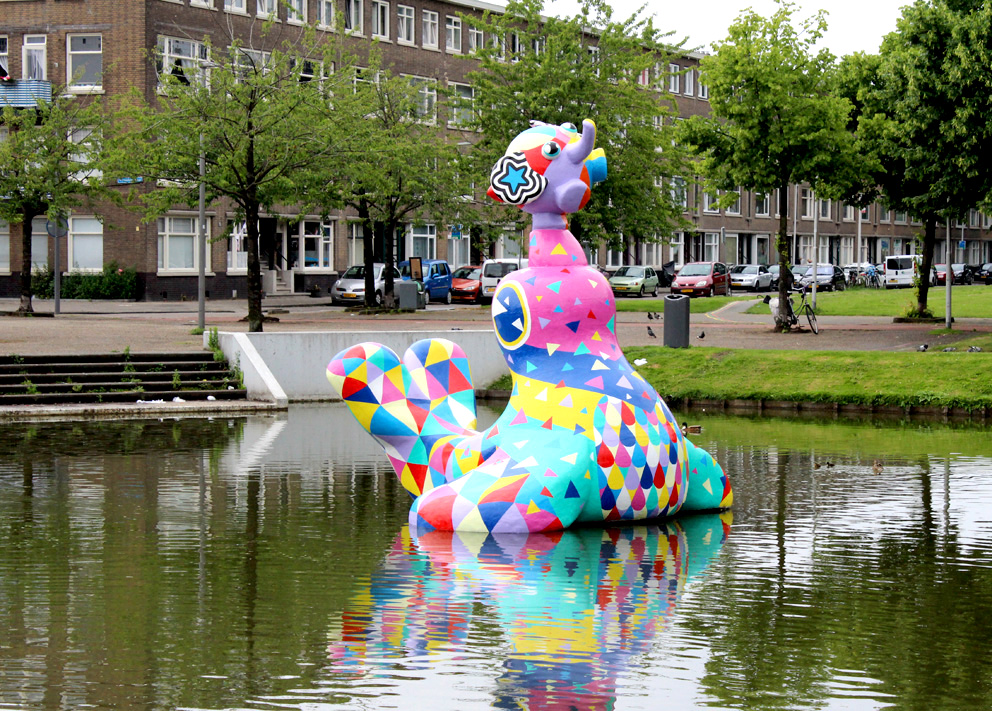 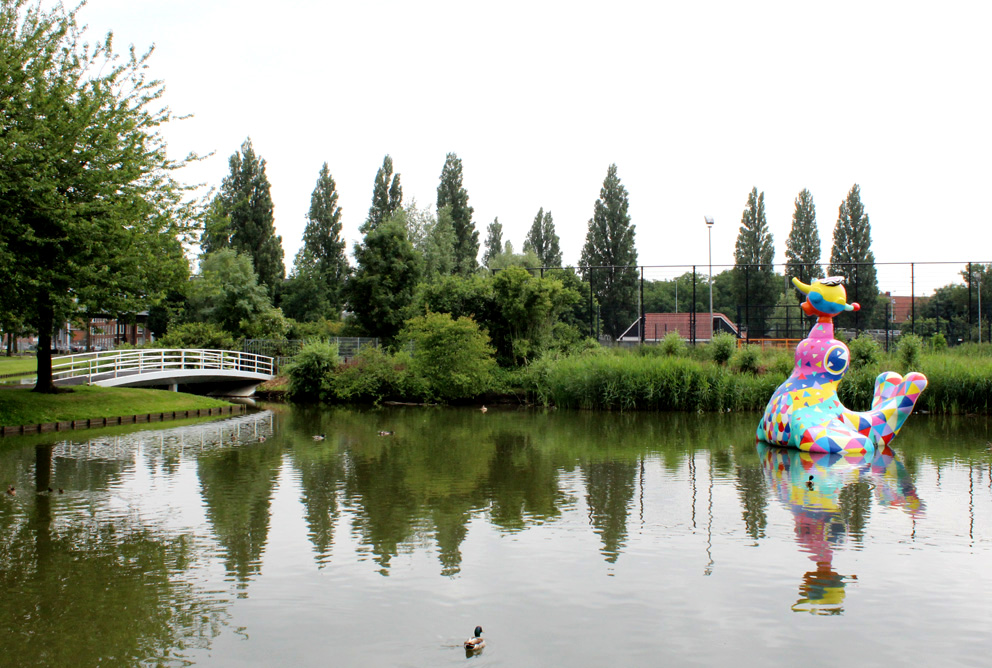