The theme of the Kinderboekenweek 2016 was ‘Grandfather and Grandmother’ with the playful tageline ‘Forever Young’.

One of our first ideas was a lazy cat lying on grandmother’s lap. So why don’t we turn this idea into a big grandma’s cat where all the kids can be playing on it’s lap? So we ended up making a huge fluffy calico cat of 5 meters long and 3 meters wide. In Dutch we use the word ‘lapjeskat’ for the calico cat, with the playful meaning ‘patched cat’. During the evening the giant cat couch was also a reading place for Dutch poets where the young visitors can relax and listen to the poems.

The giant fluffy cat was a huge success during the evening, within 30 minutes around 20 children playing/jumping/reading/relaxing on it, but the cat luckily survived the end of the evening.

A week later the cat couch was also showed during the Camera Japan Festival in the film and music theater LantarenVenster in Rotterdam. 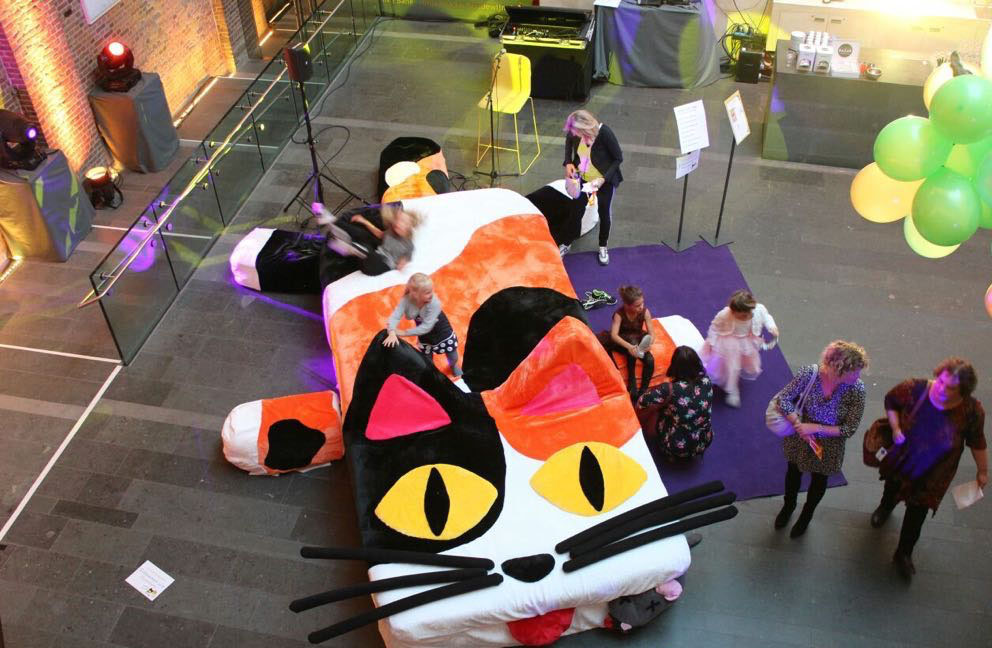 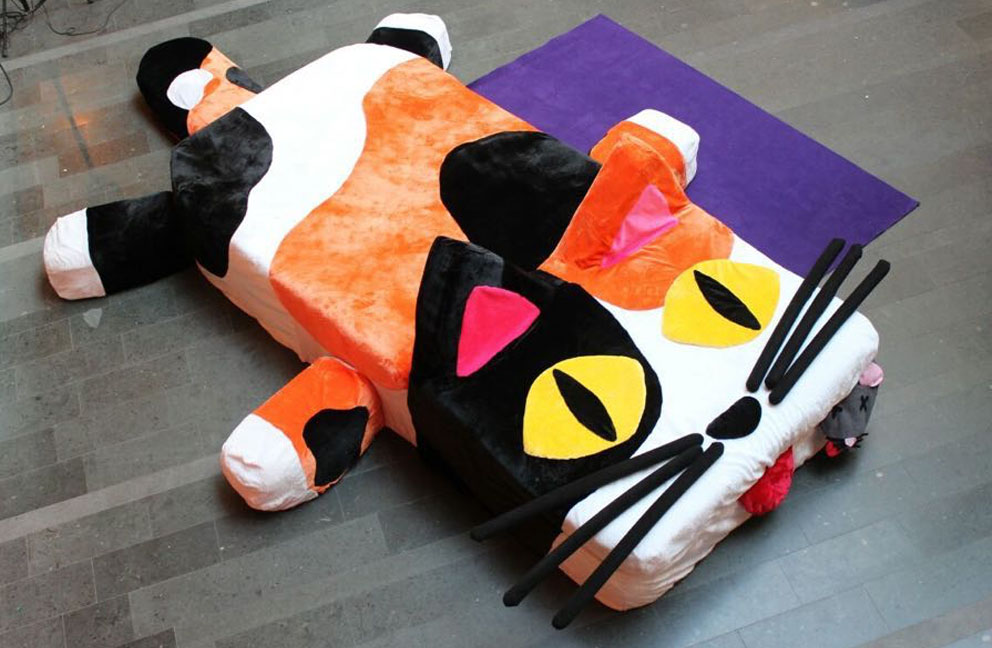 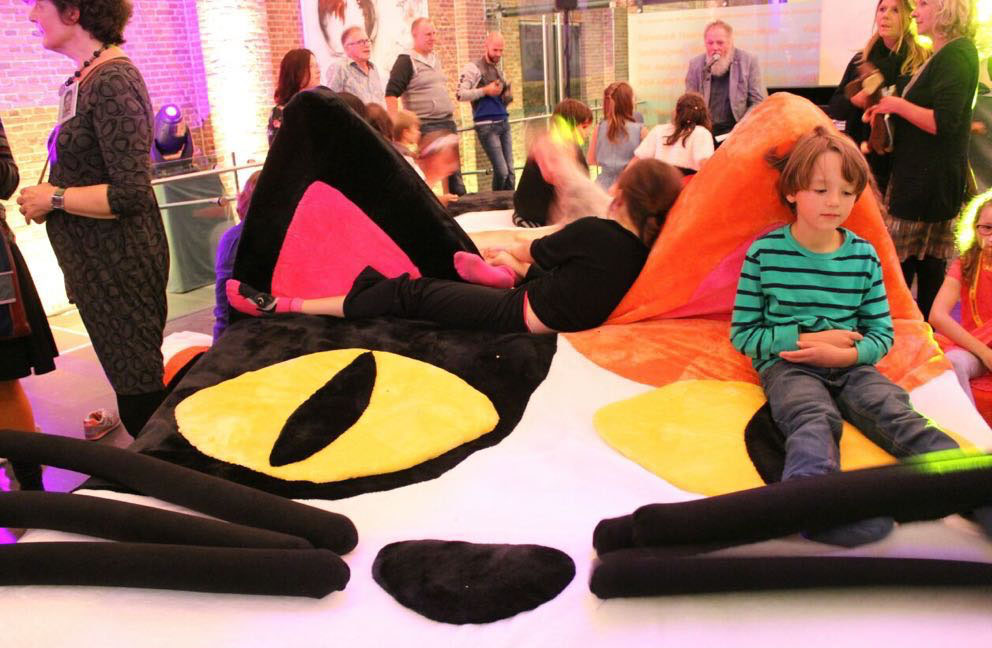