For Bazar Bizar Festival we made two comical ‘Monster City’ photo booths, which was held on July the 12th in Oud-Charlois, south of Rotterdam.

We were commissioned to make a crazy bizar installation that fits the festival character. We came up with the idea to transform visitors in little monsters or happy innocent victims in a mini ‘Monster City’, where a baby dragon and a bird monster are stomping around.

The monsters has a height of 2 meters and are constructed of discarded wood. From the outside the monsters are made of recycled cardboard boxes. Visitors could dressed themselves with crazy matching monster suits for a photo shoot. At the end they got a nice picture, printed from a portable printer.

The Monster City photo booths are used again at the Camera Japan Film Festival, from October 2-5 in LantarenVenster, Rotterdam. 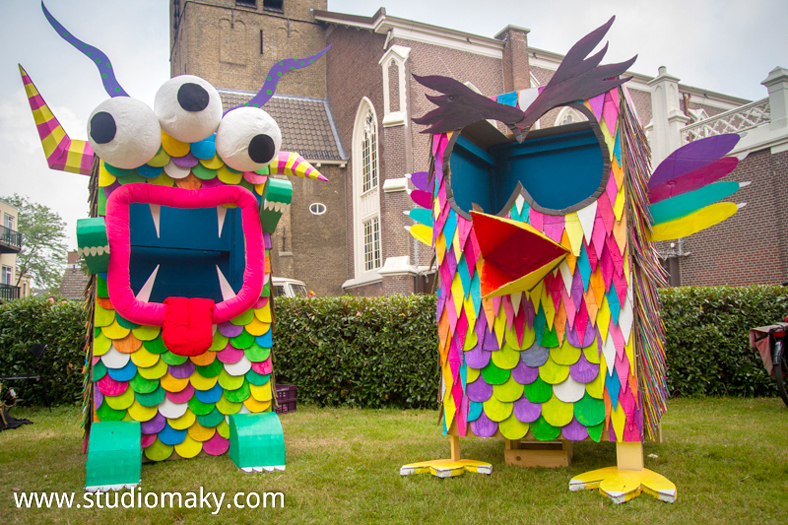